Re-imagine a vintage soccer magazine (and keeping the aesthetics) while updating the journalistic bent to an inclusive and anti-racist outlet. 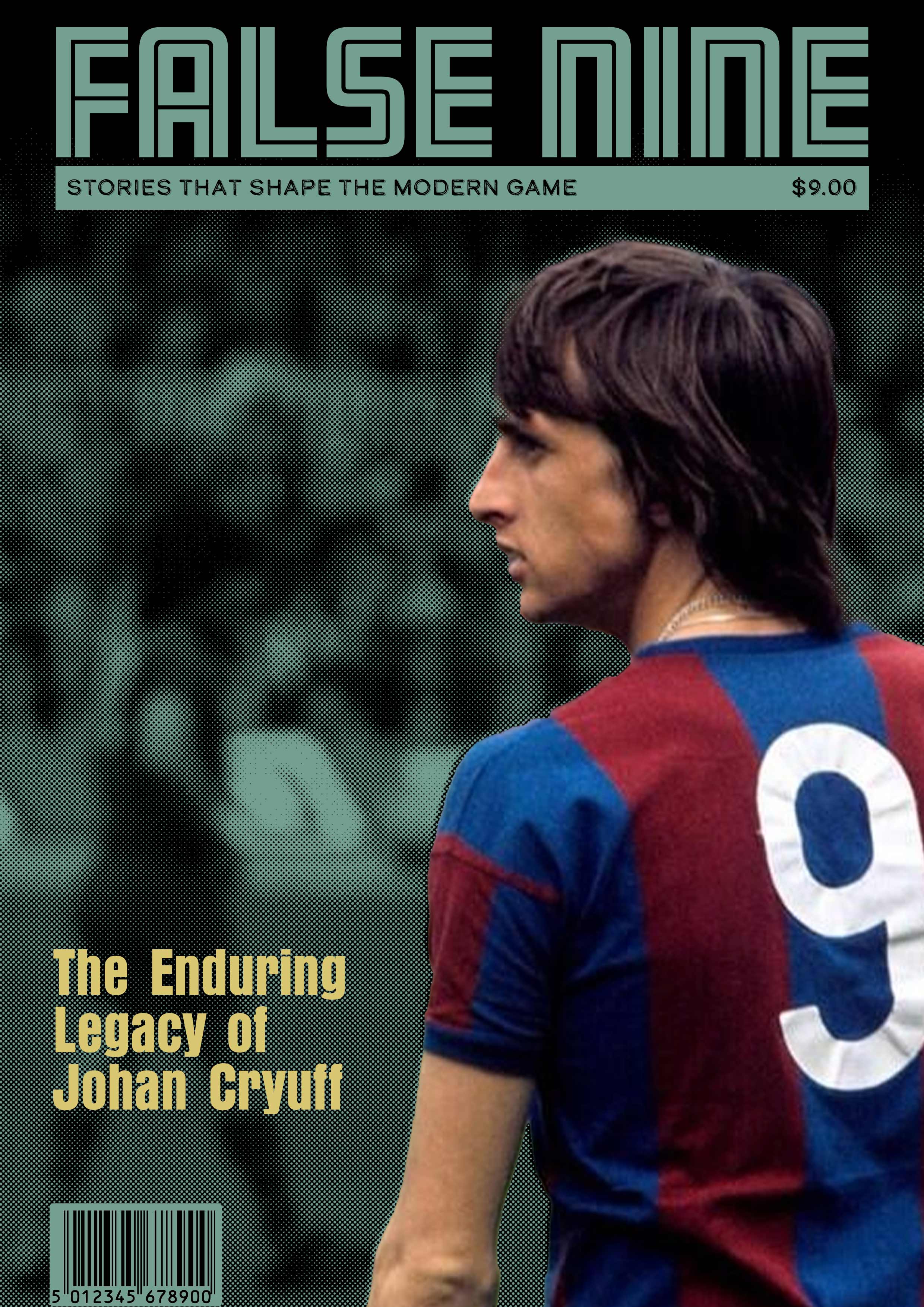 How might we create a soccer magazine featuring long form journalism that investigates important moments from history and also examines contemporary issues, in a manner conversant with contemporary social justice issues?

Despite its global popularity, journalism covering the world of soccer remains locked in traditions that are often incompatible with modern fans, who are anti-racist, who strive for equity, and who seek a means to appreciate their sport of choice without needing to negotiate incompatible values. False Nine is a magazine that views the game through a progressive, justice-oriented lens, without failing to acknowledge injustice.

Re-imagine a vintage soccer magazine and keeping the aesthetics, while updating the journalistic bent to an inclusive and anti-racist outlet.

This project took two and a half months.

Who is responsible for this?

I was provided a prompt for this solo project, and after significant research of soccer publications from the 1970s, I determined the scope of the project and created deliverables to that end. Ideation, execution, presentation.

What tools were used?

This project was completed using Photoshop, Illustrator, InDesign, and Procreate on a MacBook Pro and an Ipad.

Globally, soccer is second only to fishing as sports are ranked. The culture surrounding the game is, of course, rife with instances of the same social problems manifest everywhere else in the world. With this magazine, I aim to present a place for readers who live in a world that is not equitable for all, but are personally invested in changing those dynamics as individuals and as part of a larger collective. 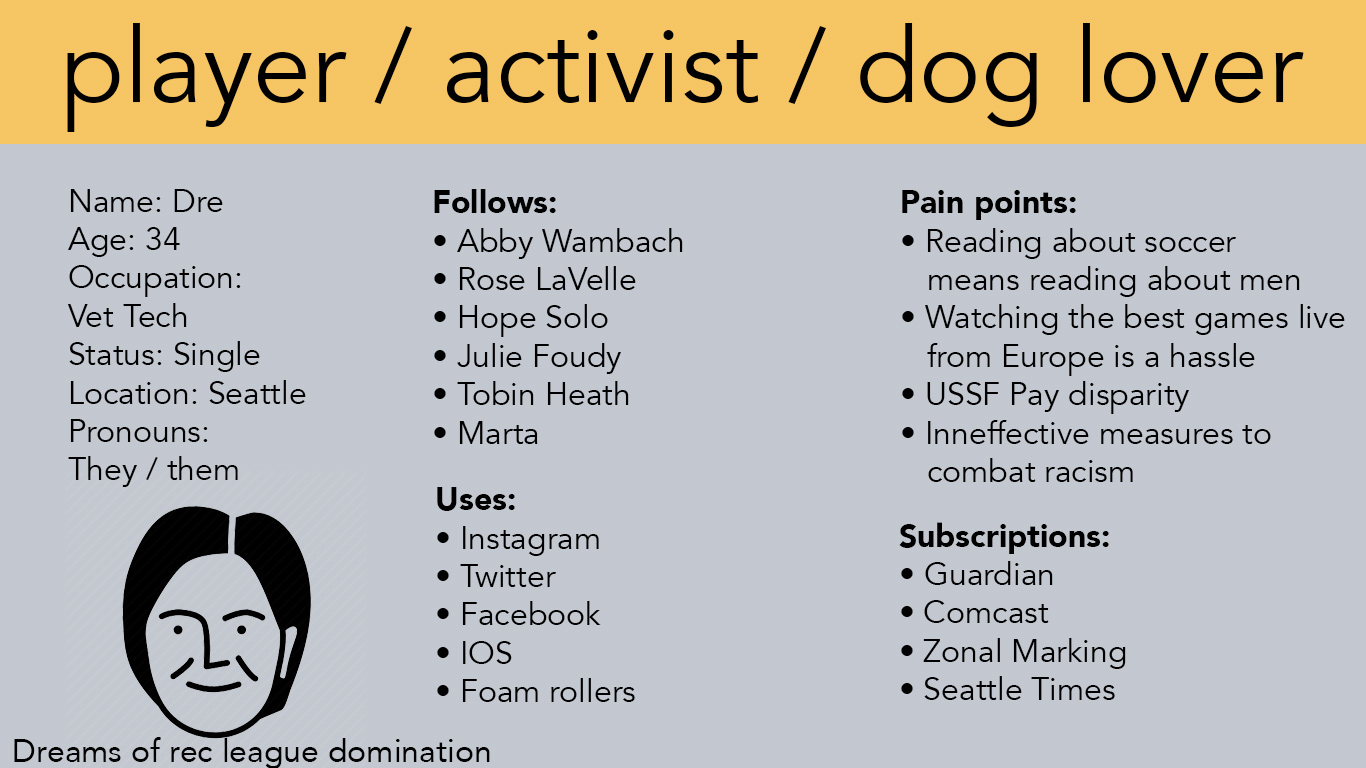 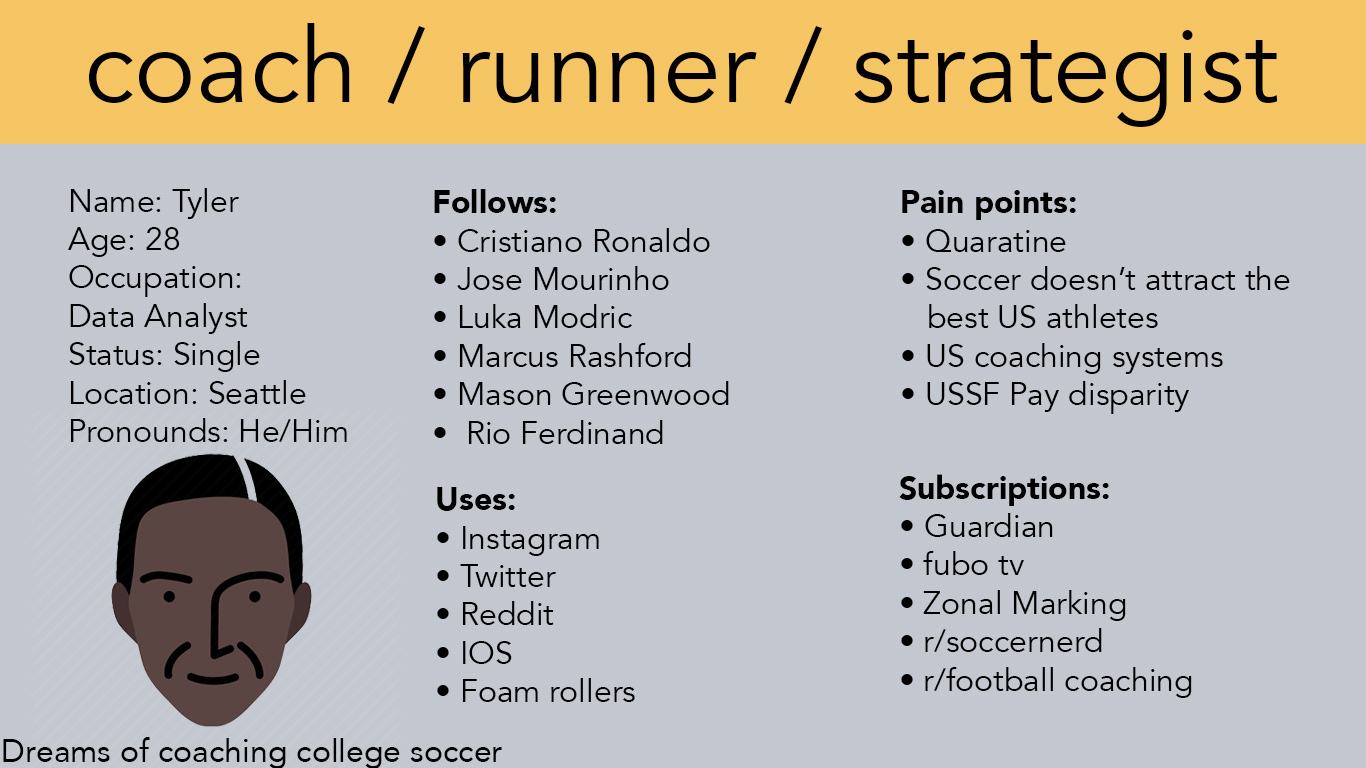 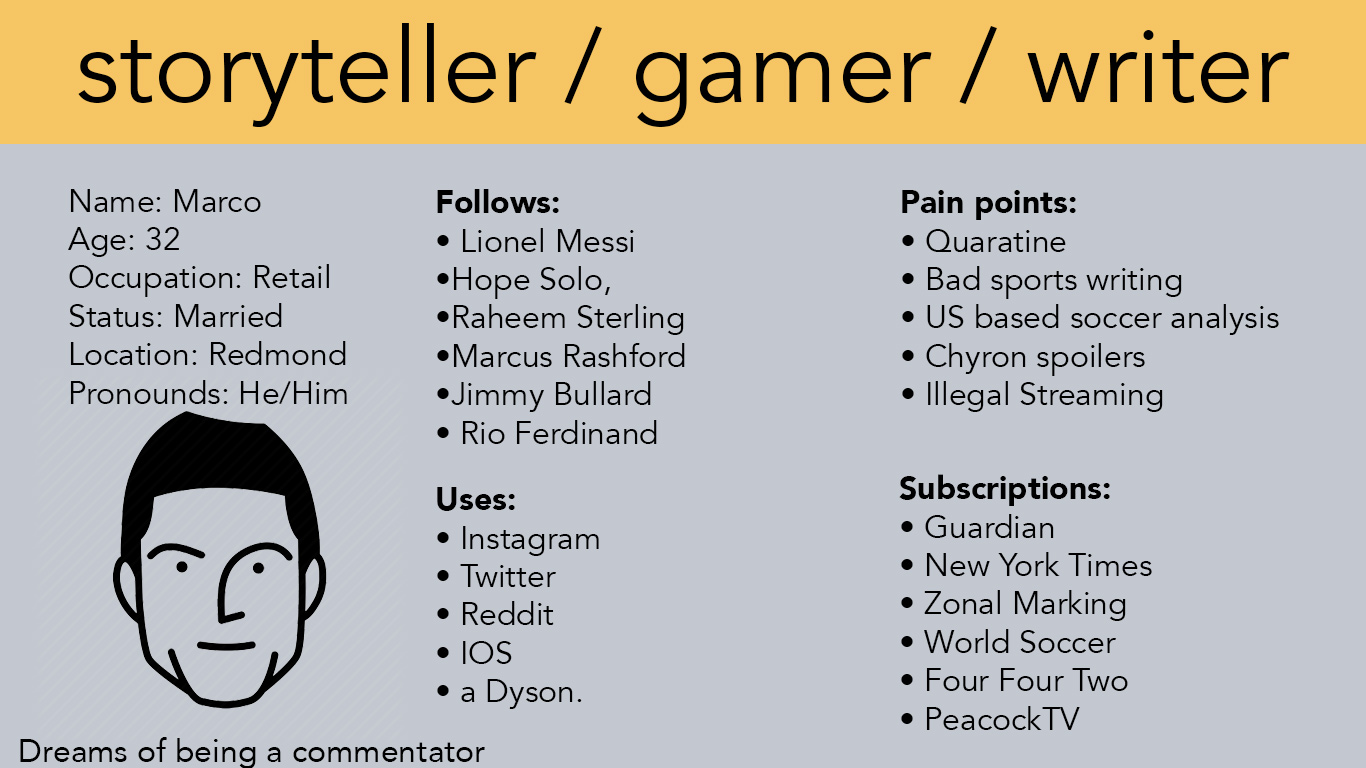 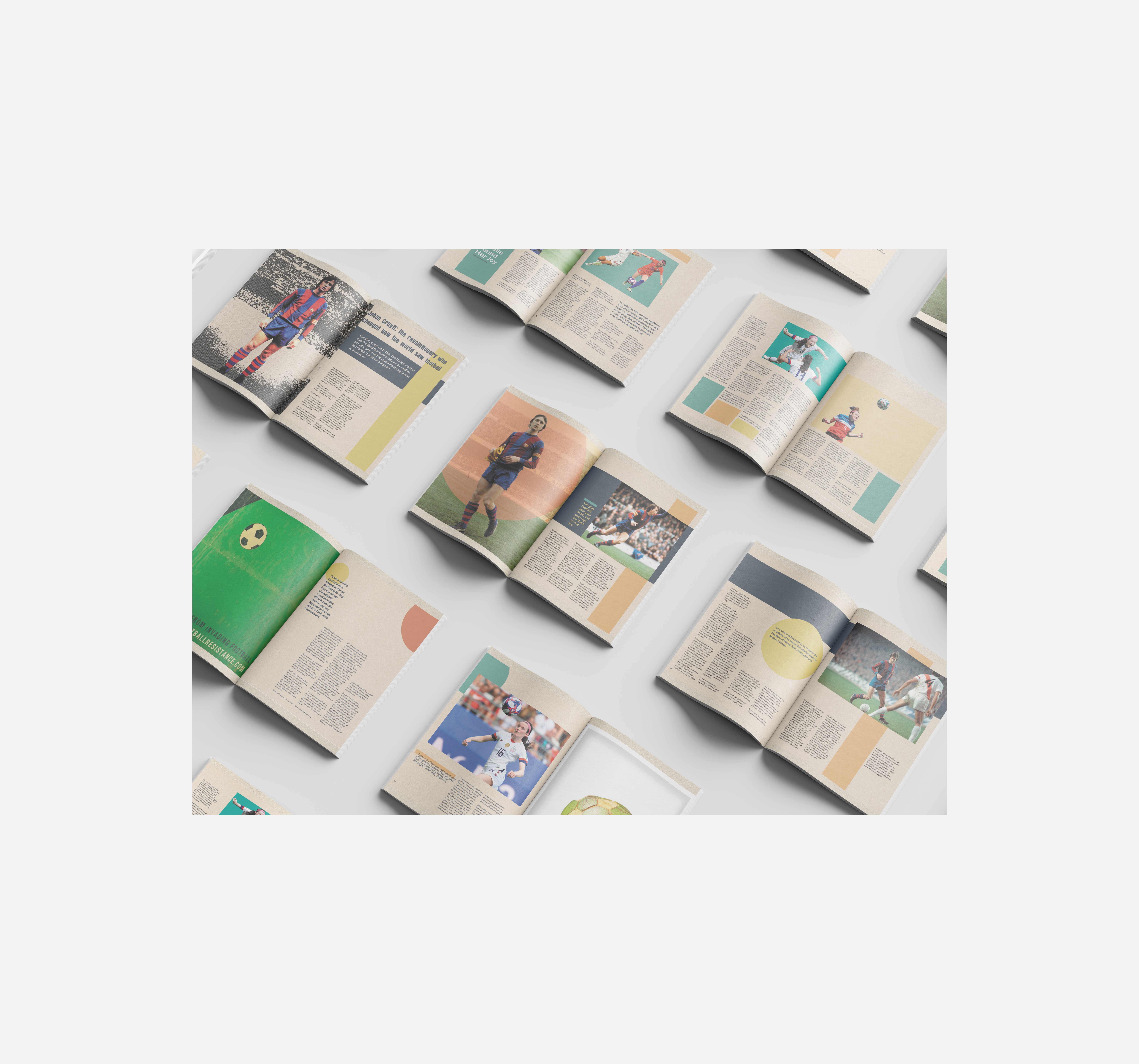 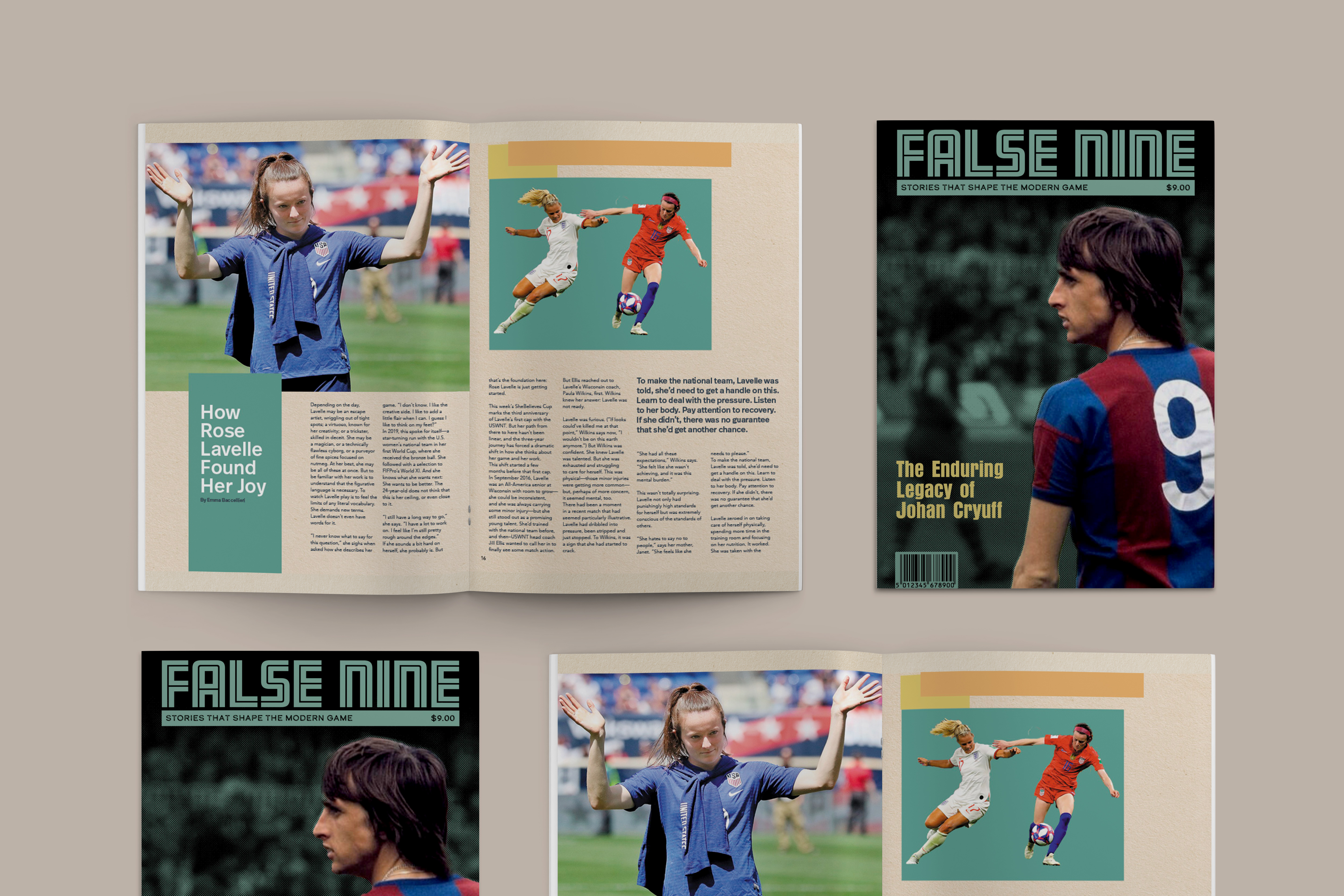 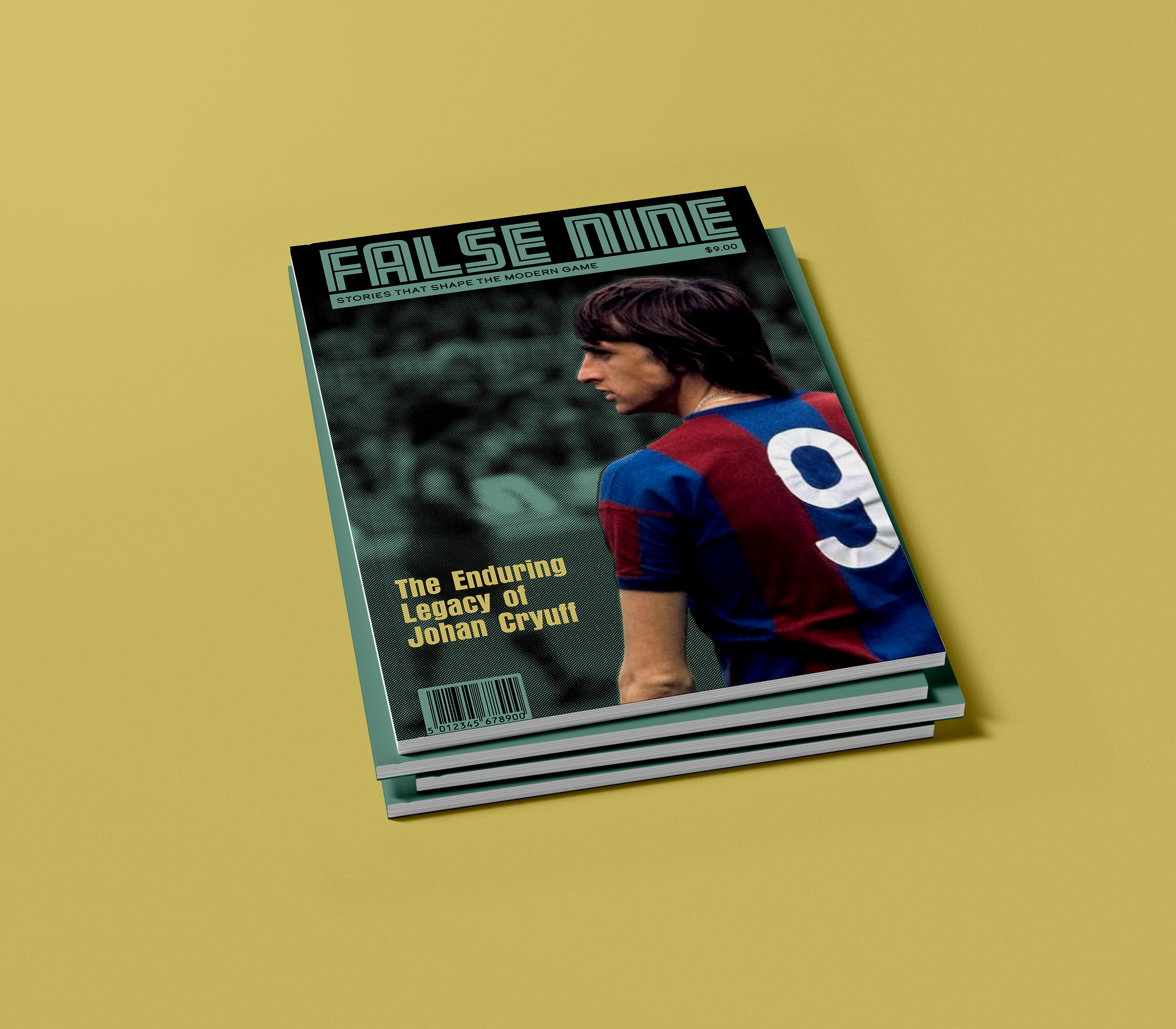